Availability
What days and times are you able to play? I play from around 5pm server time to 2am+, 7 days a week.

How often are you likely to miss a raid? I don’t have any prior engagements near or during raid times and it would be very unlikely for me to miss raid due to anything popping up unexpectedly.

How much warning would you be able to give? I have my schedules up weeks in advance so I would know about anything that would prevent me from turning up to a raid.

Real Life
Name: Marc
Age: 20
Country: England
Hobbies other than WoW: A main hobby of mine is Sports, usually not something associated with someone who plays WoW on a computer a lot but I enjoy Cricket and Football. Second hobby of mine is Coaching, this varies from primary schools to even my University team, where I am able to help them progress in their abilities is something I associate myself with.

Past
Have you used a different main character in raids before? I raided on Hunter throughout TBC and the start of WotLK but as my guild needed a DK for certain fights as Malygos 6 Minutes I was asked to reroll to complete the achievement. As the guild recruited more DK’s I went back to my Hunter just before Ulduar was released and continued ever since raiding on my Hunter throughout the rest of WotLK.

Which raids did you do at level 60? I did not raid at level 60 as I had levelled to 60 only couple of weeks before the start of TBC and had not found a raiding guild at that time but rather did PvP at which I managed to get to Knight-Captain/Legionnaire.

TBC Progress? I was able to clear all the content previous to SWP and within SWP up to M’uru on which after the Nerf patch my guild was able to kill M’uru and KJ.

Cataclysm Progress? Managed to kill all normal content relatively early and had Conclave heroic down by 17th January at which I decided to take a break from WoW due to real life circumstances. I came back around May to Physix, proceeded to kill a further 5 HM’s in BWD. In Firelands currently have killed 4/7.

Raiding Info
What sources do you use to stay up to date with your class/spec: Elitist Jerks but also check MMO Champion for the latest blue posts regarding class changes and hotfixes. Female dwarf is also used to analyse changes in potential gear and gemming choices.

During the Normal content of Cataclysm I was able to achieve as a Hunter World first DPS on Maloriak, Omnotron and Nefarian, 3rd on Cho’gall and Atramedes within 25 man. Those were the most noticeable with the most of the other bosses being within the top 30.

Reasons behind Prime Glyph choices: The glyphs I chose for MM are the best currently for DPS for my spec and chosen rotation, Steady Shot, Chimera Shot and Arcane shot. As Steady shot is being used a lot within the rotation it is logical for the glyph to be taken. With Chimera Shot glyph being taken the rotation changes to allow more Focus dumps of CS to be used to increase overall DPS. With Arcane Shot being the focus dump during un-hasted and non-CA phases it would seem the next logical glyph to take.

Addons
I have the standard UI from WoW with a couple of adjustments for raid frames and casting bars. I have Xperl so I can organise group tables in a way I feel are more visible for me. I use Quartz so I can see the cast time of Cobra/Steady to allow me to judge rotations under certain haste affects.

Personal
Why should you pick me?
I consider myself a very dedicated raider and one who wants to do the best possible DPS that I can physically do. I pride myself on not doing silly mistakes which could wipe a raid, for example when you see people wiping a raid on Heroic Putricide by getting hit by the orange blob just not acceptable. I read up on boss tactics and would be able to give input or variations which for a guild maybe better for us depending on what setup we may have.

What contributions can I make both during raids and for the guild in general? For the guild I was the Leatherworker often crafting items for guild members and when given a pattern from a raid instance I would be given mats from the GM to craft for the guild to then sell on AH. I often fish a lot and especially when the guild was requiring fish feasts I was able to give a lot of mats in order to keep up the stock. During raids I can help with tactics through ventrilo and give a different point of view if we are stuck on a boss for whatever reason as I can be a vocal member of the raid.


Thank you for reading. 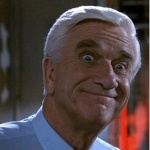 This Is also a good application. It looks like your skilled and know what your doing

Zesper why u no reply